Throughout history, women were underestimated and it was unbelievable for society if a woman came up with something groundbreaking. Some of them were recognized, while some of them were never appreciated. In the middle of the 19th century, it was not common for women to hold patents for their inventions. Safety mechanisms for looms, windshield wipers, fire escapes, turn and brake signals, life rafts, bulletproof vests and more amazing ideas – the world is a safer place thanks to these female inventors.

A machine for cutting soles, a numbering mechanism, the fire extinguisher, a safety mechanism for looms, paper bags with flat, glued bottoms as we know them today and many more. Some sources attribute more than 80 inventions to Margaret Knight, the most famous female inventor of the 19th century.

Margaret showed an inventive spirit from childhood. It all started with creating toys for her older brothers. Then she invented a foot heater for her mother to make her more comfortable when she spent long hours behind the sewing machine.

Then, while working at a textile factory, her colleague was seriously injured by a component that shot off of a loom. This was the impulse for her to invent a mechanism that was able to turn off a machine with a broken component automatically. After this, more textile factories started to implement this clever gadget. This was in 1850, a time when nobody expected woman to request for a patent. The only reward for Margaret was a good feeling that the manufacturing industry was safer thanks to her invention.

Twenty years later, another groundbreaking invention came to be thanks to Margaret’s creativity and wit. And this time, she was determined to get her well-earned recognition. She came up with a machine that produced flat-bottomed, reusable paper bags. But then, while her invention was being re-created from a wooden model one of iron, Charles Annan copied the machine and patented it for himself. Mrs. Knight received her patent after a long legal battle. Annan tried to defend himself by claiming that such a brilliant invention could not possibly have been invented by a woman.

Autumn 1903. The road from Alabama to New York. A young woman is driving in extremely bad rain. She stops from time to time, gets out of her car and wipes the windshield, trying to make it as clean and dry as possible. Thinking about how inconvenient this is, a brilliant idea comes to her mind.

Mary Anderson invented windshield wipers in the times when cars were just starting to be more and more popular. In those times, driving in rain or a snow storm was a real hazard. Drivers needed to stick their heads out of their car windows to clearly see the road. Mary created a hand lever device with rubber wiper blades, operated by the driver or passenger.

She received a patent for her revolutionary invention in November 1903. At first, people questioned this invention; they assumed that drivers would find it very distracting and would not use it. It was only 13 more years until mechanical windshield wipers were a standard feature in all American cars.

Before 1887, fire escapes were represented by a simple patent: wicker baskets on a pulley and chain. Then Anna Connelly came up with a fire escape bridge with railings, open at both ends, thanks to which residents were able to escape in case of fire. Her invention inspired the commonly used modern zig-zagging metal fire escapes.

When silent film star and big automobile fan Florence Lawrence bought her own car, she was determined to enjoy the ride in more comfortable and safer way. Florence invented a mechanical arm that (after pushing a button) raised a flag on the car’s bumper showing the direction in which the car was going to turn. She also added a brake signal that raised a stop sign on the car’s bumper when the driver used the footbrake. Buick was inspired by Florence’s ideas and by 1939 they had made electricalal turn signals. Unfortunately, she never patented her inventions.

In 1882, the talented Maria Beasley came up with an irreplaceable safety gadget to serve in the case of a shipwreck: an easily unfoldable life raft with guard railings attached by hinges. Maria is also known for creating a machine that made wooden barrels, an anti-derailment device for trains and a foot warmer. She was one of only a few women of that time who profited from their inventions

Kevlar, with its unique features such as resistance to wear, corrosion and fire, is a fiber used in bulletproof vests, safety helmets, firefighter turnout gear and more. It has about 200 other applications for use and it’s five times stronger than steel! This magic material came to life thanks to chemist Stephanie Kwolek, the inventor and scientist who discovered a liquid crystalline polymer solution (1971) that led to invention of Kevlar. 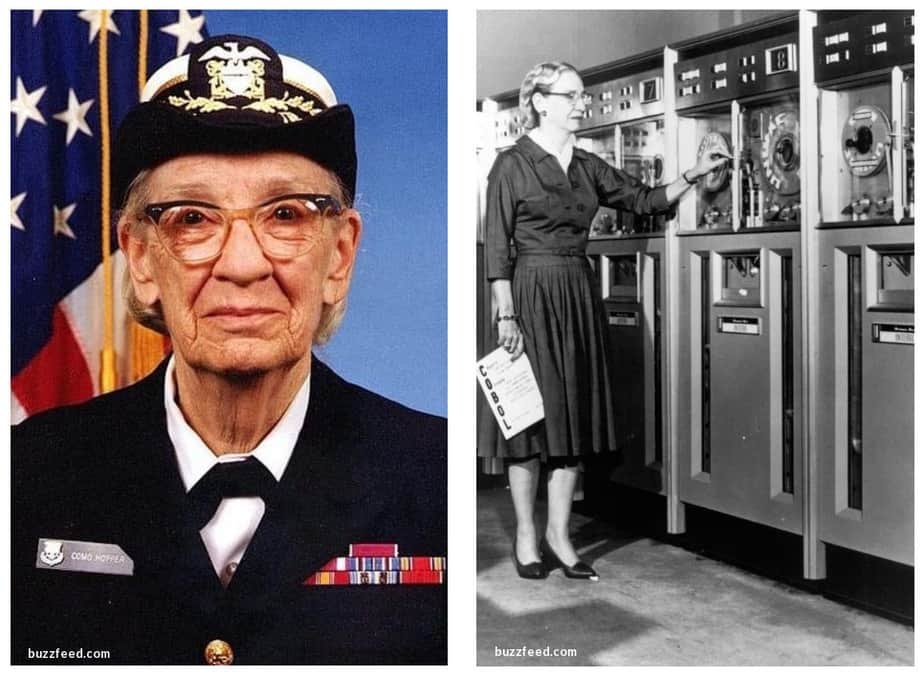 Dr. Hooper, a rear admiral in the US Navy and a computer scientist, invented the COBOL computer software in the 1940s. This program was later modified for fire and EMS programs. She also used the well-known term “bug“ for the first time after finding an actual moth causing problems in her PC. 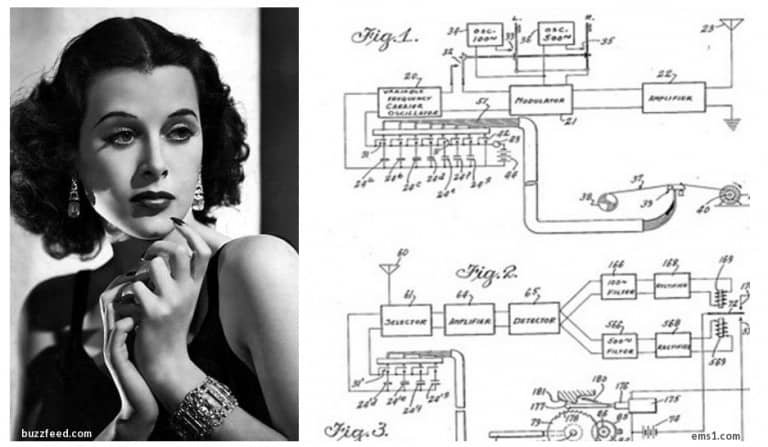 Marie’s system for closed-circuit television security was originally made for ensuring personal security. Her invention was a basis for modern CCTV systems that are used for home security and police work.

When Tabitha Babbitt watched men cutting wood with a two-man pit saw, which was commonly used in those times, she assumed that this was a waste of time and energy. She created a circular saw model where she attached a circular blade to a spinning wheel so the work became much more effective. Nowadays the circular saw is an irreplaceable helper for firefighters.

The medical syringe, which could be operated with only one hand, was invented in 1899.

The rising number of children forgotten in cars (and sometimes tragically dying due to hot temperatures) led a young student from the faculty of safety engineering in Zilina, Slovakia to create her own model of a warning system which actively responds to a child in a car seat. It differentiates whether the driver pulled the key out of the ignition system and whether they locked the car too. It is secured with three warnings/measures:

The system came to life in February 2017 and holds a great potential in the car safety market. It uses already invented technologies and is relatively cheap. What is the office for? A look at the changing role of the workplace

So has COVID-19 made us safer? 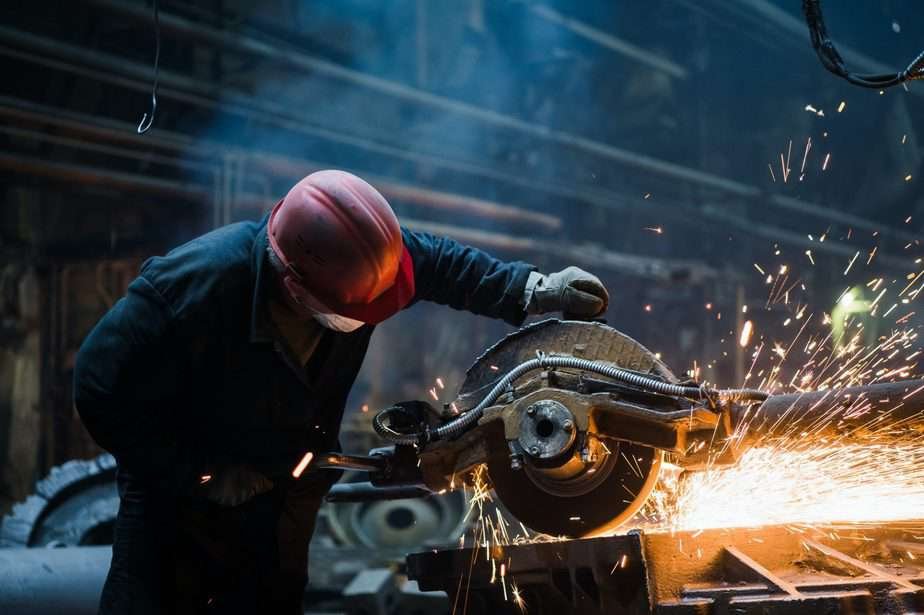 17. May 2021
Read More
We use cookies on our website to give you the most relevant experience by remembering your preferences and repeat visits. By clicking “Accept All”, you consent to the use of ALL the cookies. However, you may visit "Cookie Settings" to provide a controlled consent.
Cookie SettingsAccept All
Manage consent

This website uses cookies to improve your experience while you navigate through the website. Out of these, the cookies that are categorized as necessary are stored on your browser as they are essential for the working of basic functionalities of the website. We also use third-party cookies that help us analyze and understand how you use this website. These cookies will be stored in your browser only with your consent. You also have the option to opt-out of these cookies. But opting out of some of these cookies may affect your browsing experience.
Necessary Always Enabled
Necessary cookies are absolutely essential for the website to function properly. These cookies ensure basic functionalities and security features of the website, anonymously.
Functional
Functional cookies help to perform certain functionalities like sharing the content of the website on social media platforms, collect feedbacks, and other third-party features.
Performance
Performance cookies are used to understand and analyze the key performance indexes of the website which helps in delivering a better user experience for the visitors.
Analytics
Analytical cookies are used to understand how visitors interact with the website. These cookies help provide information on metrics the number of visitors, bounce rate, traffic source, etc.
Advertisement
Advertisement cookies are used to provide visitors with relevant ads and marketing campaigns. These cookies track visitors across websites and collect information to provide customized ads.
Others
Other uncategorized cookies are those that are being analyzed and have not been classified into a category as yet.
SAVE & ACCEPT